The Clarke Group Ltd which was purchased from Rolls Royce plc by Langley Holdings in 2000 celebrates its 150th anniversary this year. In over a century, the company has transformed itself from a humble Victorian engineering shop to a world-renowned materials handling group. The 150-year anniversary is a tribute to the pioneers and innovators whose vision and collaboration have led to many milestones in British engineering.

Its founding started in 1864 when entrepreneur William Clarke, who was born in Sunderland, England, opened a small factory on the South bank of the River Tyne, a clean-water river. In time however, the river banks were blasted to widen the river and dredged to make it deeper for ships with large draughts. The transition from sail to steam was taking place. These improvements began in 1850 just after the development of the railway and the development of the City of Newcastle.

1864 The company is established by William Clarke initially producing winches; the first steam cargo winch was introduced in 1868.

1870 Joseph Watson and Joseph Gurney joined as partners and the company is named Clarke, Watson and Gurney.

1874 Moved to Victoria Works and Captain Abel H. Chapman joined the company; he had served in the Army based in India.

1882 The company experiments with employing women as draughtsmen and a separate building, to give the ladies their own accommodation, was built.

1883 Charles Algernon Parsons becomes a junior partner at Clarke, Chapman and Co, in charge of the reorganised electrical department. Parsons concentrates his efforts to devise a high-speed engine to directly drive the newly introduced electric generators and to develop its own high speed generator.

1884 A new electric winch is introduced to the product range.

1884 Parsons steam turbine is patented. The first Parsons turbo-generator was completed in 1884 and is now preserved in the London Science Museum; by 1888 about 200 were in service, mainly for lighting on ships. The partners also worked with Sir Joseph Wilson Swan (the inventor of incandescent light bulbs) on filament lamps.

1886 Experimented with searchlights for use on ships, which led to the establishment of the Electrical Installation Department.

1889 Parsons left the partnership and founded C. A. Parsons and Co at Heaton.

1910 E. N. Mackley and Company Ltd was formed, as a wholly owned subsidiary of Clarke, Chapman and Co., initially supplying main shaft pumps primarily to collieries in Northumberland and Durham. Today Mackley Pumps is an active division of The Clarke Chapman Group Ltd. 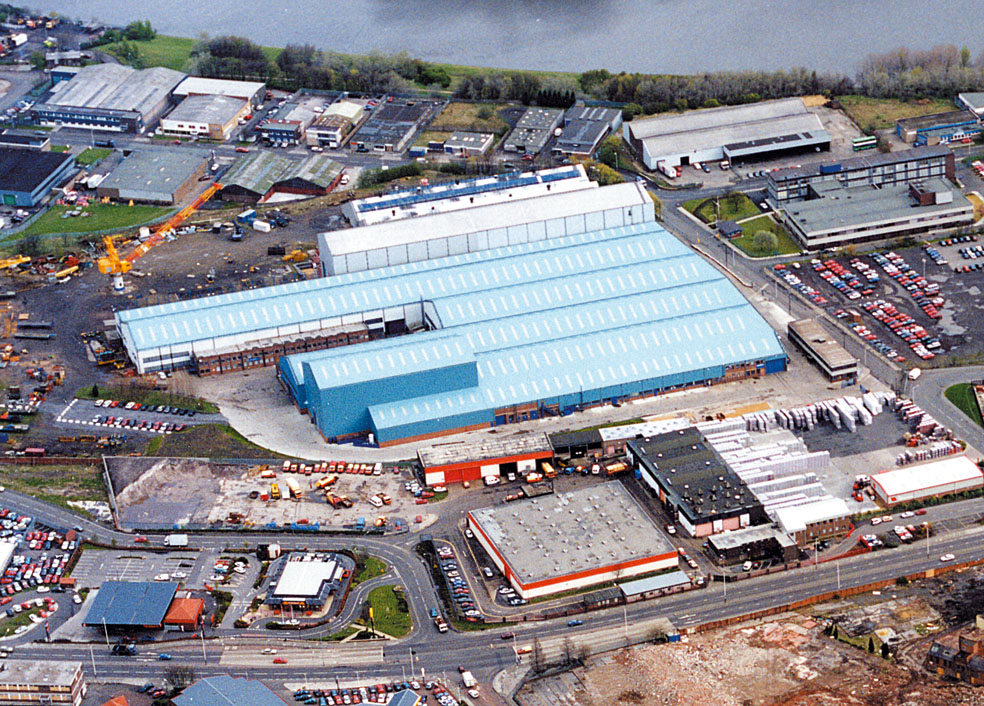 1962 Clarke, Chapman and Co and W. H. Allen, Sons and Co jointly purchased Nelson Engineering Company, makers of smaller electric motors (up to 50 hp) which would be supplied to all 3 companies

1969 A take-over takes place of bridge builder and heavy crane maker Sir William Arrol and Co. and the three heavy-crane making companies in Wellman Engineering Corporation, with backing from the Industrial Reorganisation Corporation. Today Wellman Booth is an active division of The Clarke Chapman Group Ltd.

1970 Clarke, Chapman and Co took over the Thompson Group with the support of the Industrial Reorganisation Corporation; new company called Clarke Chapman-John Thompson.

1977 Clarke, Chapman and Co merge with Reyrolle Parsons of Newcastle to form a new company, Northern Engineering Industries (NEI), which at the time employed in the region of 35,000. They remained at the Victoria Works until 1994, when they relocated to the current Saltmeadows Road site. The Victoria Works site is now a housing estate.

2014 Today, the Clarke Chapman group continue to manufacture materials handling equipment from its headquarters in Gateshead, England, providing manufacturing, consultancy and support services to a wide range of industry sectors across the globe.

Close
This site uses cookies. By continuing to browse the site you are agreeing to our use of cookies. Find out more here